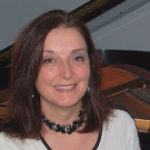 Lydia Reed-Guertin holds a Bachelor and Master of Music degrees in piano performance from Boston University’s College of Fine Arts. Lydia’s training began with her mother, Irene Reed and continued with Minuetta Kessler, a pianist and composer through high school.

Lydia then pursued post graduate studies attending the Summer Piano Institute at Colby College for several years, directed by Mr. diBonaventura, making life long connections with pianists from throughout the country. Lydia has since performed solo, ensemble and collaborative recitals as a faculty member of the Concord Community Music School and Pine Manor College as well as serving as guest artist at the New School of Music, Brookline Music School and the Newton Library Concert Series. For concert information please contact info@lydiareedpiano.com 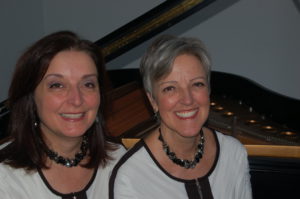 Elizabeth and Lydia have been performing together since 1983. The two sisters grew up in a musical family where playing and listening to music was a central part of their childhood. Both Betty and Lydia graduated from Boston University with Bachelor and Masters degrees in Piano Performance. Their principal teachers included Edith Stearns and Anthony diBonaventura.

“. . .the [Reed] sisters’ four hands attack the keys with such clarity, precision, and delicacy that not a single note is obscured. The melodic passages fly brilliantly. . . the legato passages are liquid and bright; contrasts from passage to passage are executed seamlessly.” – Jane Hunt, Concord Sunday Monitor

As duo-pianists they have been featured artists in concert series throughout New England including First Night in Concord and Wolfeboro, New Hampshire, the grand opening of New Hampshire’s Concord City Auditorium, and a performance for the the First Lady of Portugal. The Reed Sisters have participated in faculty recitals at Brookline Music School, Concord Community Music School and The New School of Music. Their concerts have been headliners in library concert series for Andover, Newton, Norwell, Plymouth and others. For several years they collaborated with dance groups, Petit Papillon and Moving West Repertory Dance Theatre.

“The most striking aspect is the strength and brilliance that the Reeds achieve. . .” – Taylor McNeil, Bostonia

In 1994, the Reed Sisters released their first recording on their own record label, Double Trouble Records, of the Nutcracker and the Mouse King by Carl Reinecke, a different version of the well-known story, composed years before Tchaikovsky’s ballet. It was broadcast on national and local radio. Children have loved the recording and the Reed Sisters’ family concert performances of The Nutcracker and the Mouse King for years. Purchase options will soon be available through CDBABY. 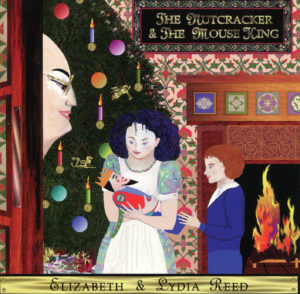 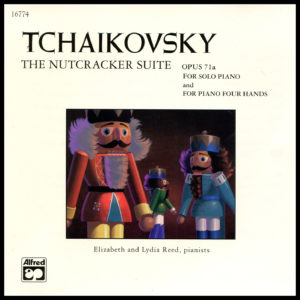 In August of 1996 the Alfred Publishing Company asked the Reed Sisters to record the The Nutcracker Suite by Tchaikovsky, arranged for solo piano and four hands. This recording is distributed nationally and internationally. Click HERE for purchase options.

“ . . .music that has acquired its own set of baggage over the years (as has, for instance, the “Dance of the Sugar Plum Fairy”) breaks free with freshness and vivacity.”
– Taylor McNeil, Bostonia